With the F-35 deal pending, Top Aces prepare for a more advanced formation against the adversary 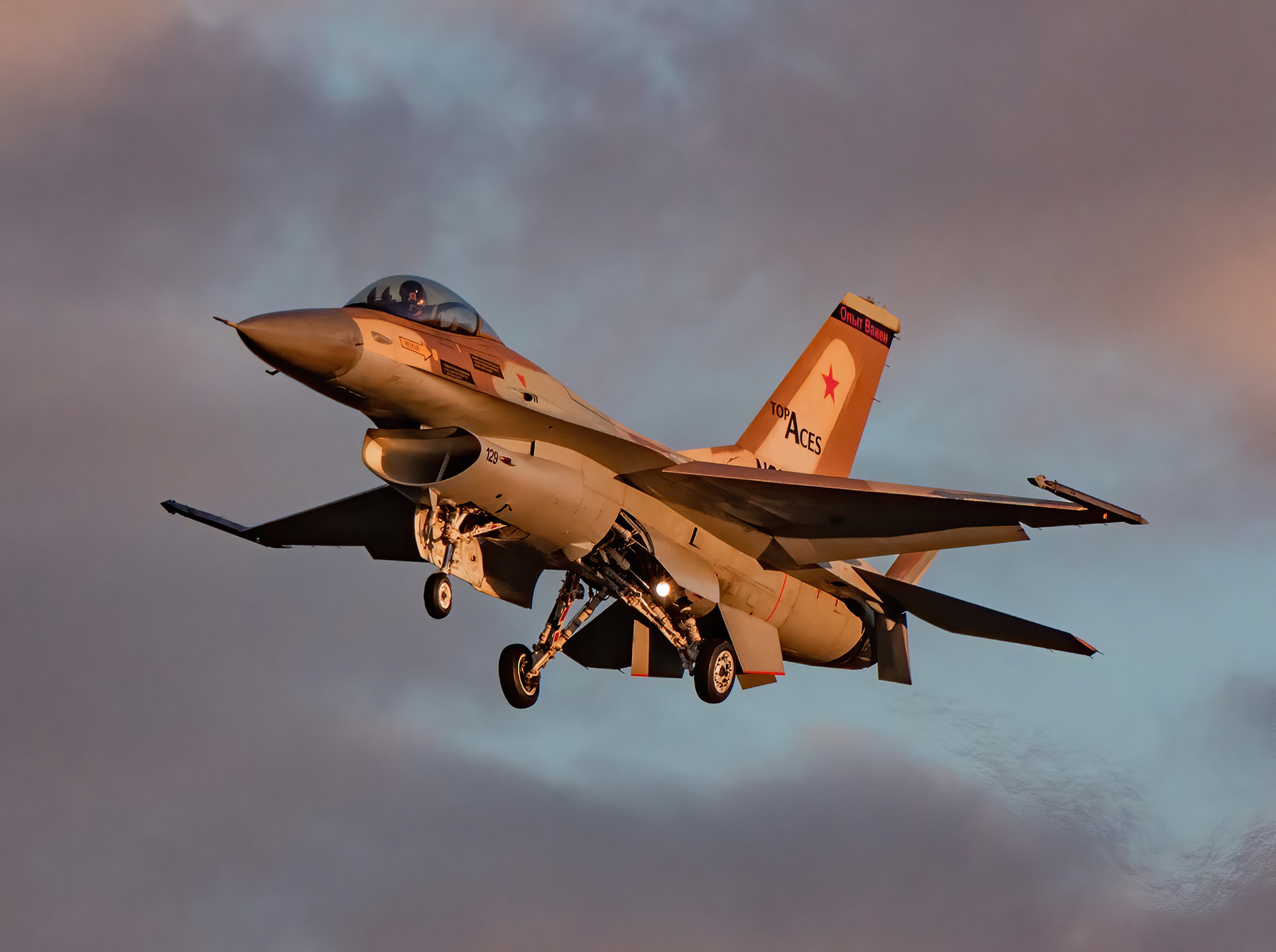 As the Canadian federal government negotiates with its American counterpart the sale of the Lockheed Martin F-35 fighter jet to replace the Royal Canadian Air Force (RCAF) CF-188 Hornet, a Canadian company is preparing for the best way to provide aerial aggressor training for a far more advanced fighter than the venerable Hornet.

The CAF was among the first to adopt privately contracted aggressor air services in the early 2000s to preserve older airframes from the additional wear and tear of “enemy” airborne missions during training exercises. Top Aces quickly became one of the industry’s leading innovators, employing fleets such as Dornier Alpha Jets, Douglas A-4 Skyhawks and a Bombardier Learjet 35A to meet CAF requirements.

The initial contract started out as a stopgap deal, but was made permanent in 2017 with a 10-year deal worth around US$480 million – which includes options to extend the service until 2031 and the worth up to 1.4 billion US dollars.

The success of the Canadian program quickly generated opportunities for top aces in Australia, Germany and elsewhere in Europe, as well as with the US Air Force. And the market is expected to grow as more nations assess future adversary air needs as they acquire upgraded fourth and new fifth generation combat fleets.

In recent months, however, the United States Air Force (USAF) has raised questions about the ability of third-generation fighters to realistically replicate the threats they expect to face in future combat. Speaking before the Senate Armed Services Committee in May, LGen David Nahom, Deputy Chief of Staff for Air Combat Command (ACC) Plans and Programs, said “the training environment high-end” – like F-35 training at Nellis Air Force Base, Nevada, where the USAF operates an elite weapons school and conducts complex Red Flag exercises – older-generation contract aircraft do not are not enough.

“What they provide doesn’t give us what we need,” Nahom said.

The ACC recently made it known that it would not be renewing certain adverse aviation (ADAIR) contracts at Nellis. In June, the USAF reactivated the 65th Aggressor Squadron, flying camouflaged F-35s, to provide top-notch enemy force.

This decision should have no impact on the CATS contract since Canada is negotiating for 88 F-35A aircraft. The program was designed from the start to adapt as new technologies are introduced, explained Didier Toussaint, Chief Operating Officer of Top Aces and former RCAF fighter pilot.

Older generation aircraft without the new technology will “not provide adequate training”, he acknowledged. But “Canada was looking to the future” with the design of the CATS to ensure the program could adapt to the capabilities of a more advanced fighter.

Additionally, Top Aces invested significantly in an Advanced Aggressor Mission System (AAMS) to replicate a wide range of threats from older airframes, and added a fleet of 29 F-16A/B fighters from ‘Israel, based in Mesa, Arizona, to provide a more dynamic fourth-generation counter to the F-35.

AAMS will allow “the simulation of advanced fighters using cost-effective aircraft of a lower generation”, he suggested. AAMS’ open architecture “allows us to tailor capabilities to different customers and their platforms. Advanced Electronically Scanned Array (AESA) radar, Link 16 tactical data links, infrared search, electronic warfare… all of this has been tested and implemented.

The A-4s operating in Germany and the F-16s – known as the Advanced Aggressor Fighter and now supporting USAF training (the first entered service this year) – “are configured with these advanced technologies “, said Toussaint. “That’s the difference.”

Although F-35 combat training involves more time in a simulator than older-generation fighters, “simulation does not cover the full spectrum of training needed to prepare fighter pilots on these platforms. to deal with the threats they [could] face,” Toussaint noted. Thus, demand remains high for outsourced live adversary air – “but with the right capabilities, in the right planes, with the experience that matters”.

The RCAF “can’t afford to do red air with its F-18 anymore,” he said. “They don’t have enough staff and won’t in the future. I think we have an important role to play in this equation to help Canada successfully transition to the F-35. »

Does that mean Arizona’s F-16s could head north after 2025, when the first F-35s are expected? Or will Top Aces need to expand its fleet and base some in Canada? Toussaint admitted that both are options. “We would like the F-16 to fly in Canada in a few years. But there are other measures that we are proposing in Canada to [now]. . . . [It will] probably with an A-4, to be honest. And maybe with an F-16 in the medium term.

Top Aces recently surpassed 100,000 hours of accident-free air training and close air support in North America, Europe and Australia. “This step is important,” Toussaint said. “This is by far the most hours in the industry and the best safety record.”

He credited the CATS program not only for being “visionary” in initiating the outsourcing of aggressor training, but also for the airworthiness standards and responsibilities it established in the first place. “It was a springboard for us to continue doing this service in Canada, for the recompetition that took place in 2017, and then around the world. In our operation, this is the model we use. . . . CATS was the start of it all.

“They have an offer with a turboprop, which we didn’t have, so we saw a fit,” Toussaint said. “By combining Blue Air Training with Top Aces, we are now the most experienced and leading Army and Special Forces trainer at JTAC.”

That could mean more work with the Canadian Army and special operations forces “to give them better training that covers more of their needs than today,” he said. “Our strategy with Blue Air is still being refined. . . . We are very excited about the next steps, but we have yet to understand the transition and how we will approach the market in Canada and globally. »

But the biggest opportunities are likely to be found in countries upgrading their fighter fleets, either with more advanced fourth-generation aircraft or the F-35, such as Finland and Germany.

“We are already operating in Europe with [the AAMS] technology,” said Toussaint. “Because we have the technology, the aircraft, the experience and the airworthiness, it allows us to expand and deliver our services today and grow with the many F-35 nations in Europe. They will have a training deficit and we are here to fill at least part of it.