Why the Ukrainian Invasion Was Predictable: ‘It’s time the world finally learned a lesson about Russia’ | FIU News 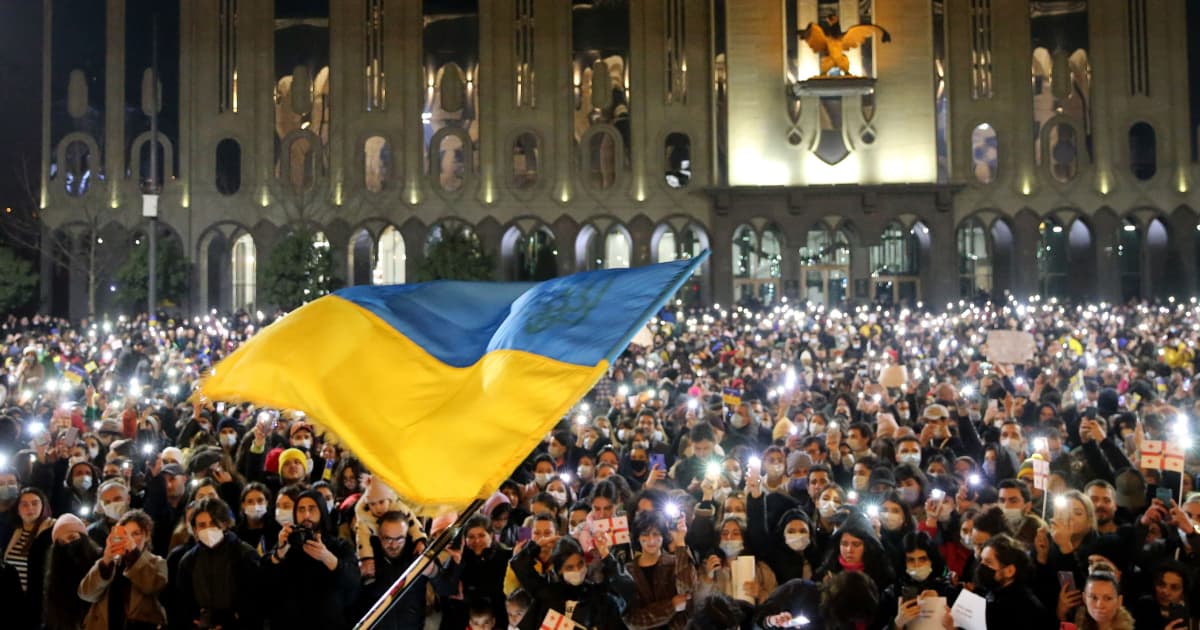 Through a series of opinion pieces, FIU News shares the expertise and diverse perspectives of members of the university community. In this article, Besiki Luka Kutateladze, an associate professor in the Department of Criminology and Criminal Justice and a native of the Republic of Georgia, examines how many experts saw the attack on Ukraine coming — and even warned the world about its probability.

The Russian invasion of Ukraine is finally getting some deserved attention. From financial penalties to direct military aid, the West unites to confront Putin’s imperialism. Along with this development comes the realization that the benefits of resisting Russian aggression outweigh the economic and security risks posed by such actions. While it’s certainly refreshing to see the West finally throwing a punch, much of this could have been done sooner.

I remember 2008, standing in front of the United Nations headquarters in New York as an international student from Georgia, shouting at the top of his lungs: If the West ignores the Russian invasion of Georgia, this would encourage further Russian military expansion both south and west. As in 2008, the opportunities still seem endless, from Kazakhstan to the Baltic countries, even if the latter are members of NATO.

Still, the move to Ukraine seemed to fetch the biggest prizes for the post-Soviet era. The invasion was intended to deter the Euro-Atlantic integration of Ukraine, as well as Georgia and Moldova. Putin has always considered Ukraine to be part of the historical territory of greater Russia. The illegality of 2014 annexation of Crimea and eastern Ukraine tamed the unbridled appetite of the imperialist monster for nearly eight years, but those who thought Putin would stop there were wrong.

The ground for an invasion of Ukraine could not have been more fertile.

The rise of the European Union energy dependence on Russia has made many Europeans, and in particular Germans, prefer today’s egg to tomorrow’s chicken. While Russian natural gas, crude oil and solid fuels kept European cars running and buildings warm, many European politicians blamed Ukrainians (and also Georgians) for not being ready to join the EU or NATO.

At the Bucharest summit in 2008, NATO created a path for Ukraine and Georgia to join NATO, but no major steps have been taken, leaving these fragile democracies in danger of slipping back into the Russian orbit.

The abandonment of Ukraine and Georgia has stalled pro-democracy reforms throughout the post-Soviet sphere whose leaders are watching Georgia and Ukraine pay a heavy price for looking west.

Russia has been undeterred for far too long. The ongoing war in Ukraine is being waged on behalf of the entire region. The Ukrainian people are being punished for their commitment to building a free democratic society, a society that their eastern neighbor still hates. Offering NATO and EU memberships is the least we can do to thank these fighters for their commitment to a free world.

Professor Kutateladze experienced first-hand Russian aggression in the 1990s when Russia took control of the Georgian regions of Abkhazia and South Ossetia. During the 2008 Russo-Georgian War, he joined his fellow Georgians in New York and Washington DC to protest the occupation and warn against possible future aggression from the Putin regime. From 2008 to 2013, he played a crucial role in the development of the United Nations Rule of Law Indicators. In 2002, he was a US State Department Fellow in the Republic of Georgia. He holds a law degree from Georgia and a doctorate in criminal justice from the United States.