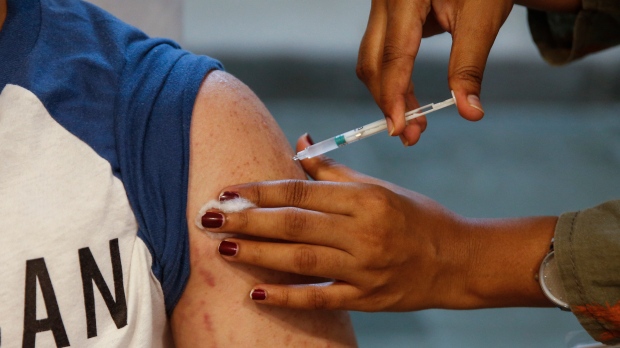 BENGALURU – Volunteer groups are spreading the word about sending COVID-19 vaccines to the poor and elderly in India, and transporting some to vaccination centers in rickshaws and taxis following an outbreak of infections that has killed hundreds of thousands of people.

SEEDS, an organization that provides relief from natural disasters, has focused its efforts on the poorest communities, where, it says, many lack even basic information about vaccines.

“We found that a lot of people over the age of 60 didn’t even know they could get vaccinated and protect themselves,” said co-founder Dr Manu Gupta.

SEEDS members go door-to-door in Delhi’s poorest neighborhoods and villages in North and West India, helping citizens register their details on the government vaccination portal and by transporting some of them free of charge to vaccination centers.

About 170,000 people died in April and May when a second wave of infections ravaged densely populated cities and rural India’s hinterlands, and health experts say mass vaccination is the only way to avoid further loss of life if another wave occurs.

A second NGO, Robin Hood Army, has partnered with Uber Technologies Inc to provide free rides to vaccination centers in Delhi and Mumbai.

Its co-founder, Neel Ghose, urged the government to speed up the process by carrying out its vaccination campaign among people.

“For this to be truly effective it has to be like the way we thought about polio 20 years ago, where we reached the doors of the vaccinated and not the other way around.”

The government said a door-to-door vaccination campaign against COVID-19 was not possible due to the risk of contamination and waste.