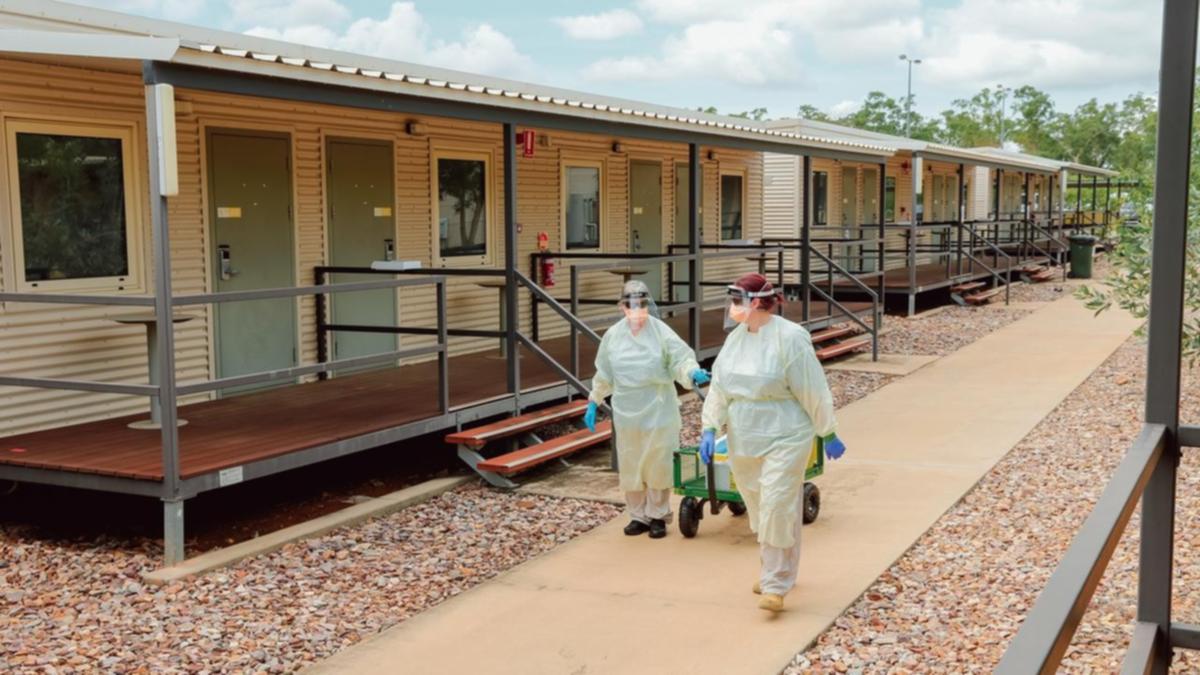 A plane loaded with U.S. military personnel in the Northern Territory was declared to be close contacts after another passenger tested positive for COVID-19.

The infected woman, who is an active member of the US military, arrived in Darwin on Thursday, July 8 before being diagnosed with the virus on Monday evening.

The 22-year-old is one of some 9,000 foreign service members in Australia for the 2021 Talisman Saber military war games, which began on Wednesday.

She was quarantined at the US Navy-leased Bladin Village worker camp 36 km south of Darwin along with around 1,000 other US servicemen when she tested positive.

The woman has since been moved to the red zone at the Center for National Resilience in Howard Springs, with her travel companions now considered close contacts, according to NT Health.

“All personnel who have traveled on the plane with the member of the United States military who tested positive are treated as close contact,” said a spokesperson.

“They are undertaking quarantine procedures at the village of Bladin, including daily checks.”

A defense spokesperson said the woman did not come into contact with the community despite being contagious.

The majority of war game simulations are expected to take place in Queensland and off the east coast of Australia.

British, Canadian, Japanese and Korean service personnel have been quarantined in Sydney. Other foreign troops have been stationed in hotels in Brisbane, a spokesperson said.

NT Health and Defense declined to respond to the number of service personnel on the affected flight.