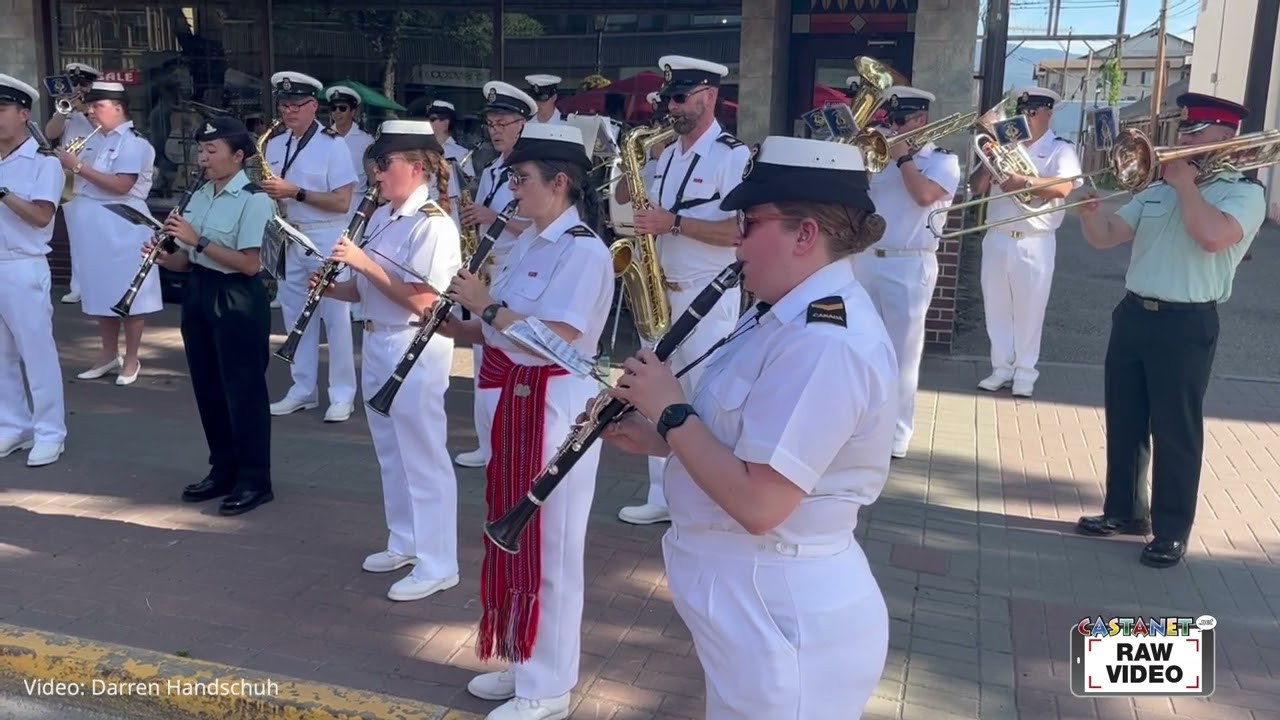 The Royal Canadian Navy’s Naden Band previewed what people can expect at the Okanagan Military Tattoo this weekend.

The highly acclaimed military band performed several songs at 2900 Plaza on Thursday night before the main act of the Street Sounds concert series took the stage.

Tickets are still available for the Tattoo which takes place Saturday and Sunday at Kal Tire Place in Vernon.

The Langley Ukulele Ensemble will also bring their unique sound to the event for the first time.

Tickets are available through Ticker sellerthe Okanagan Military Tattoo Website or by calling the box office at 250-549-7469.

Special offers are available for young people, and WWII and/or Korean War veterans are free, including a caregiver/companion.

A musical tattoo is a display of military percussion, piping, and skill. It is known as a ‘tattoo’ from when the British Army was fighting in Belgium 300 years ago, soldiers were called from pubs each night for curfew, or Doe den tap toe, Dutch for ‘Close the taps too”.

WHO updates its COVID-19 strategy with the aim of vaccinating all health workers, most at risk |