Should the military put an end to the “freedom” protests? 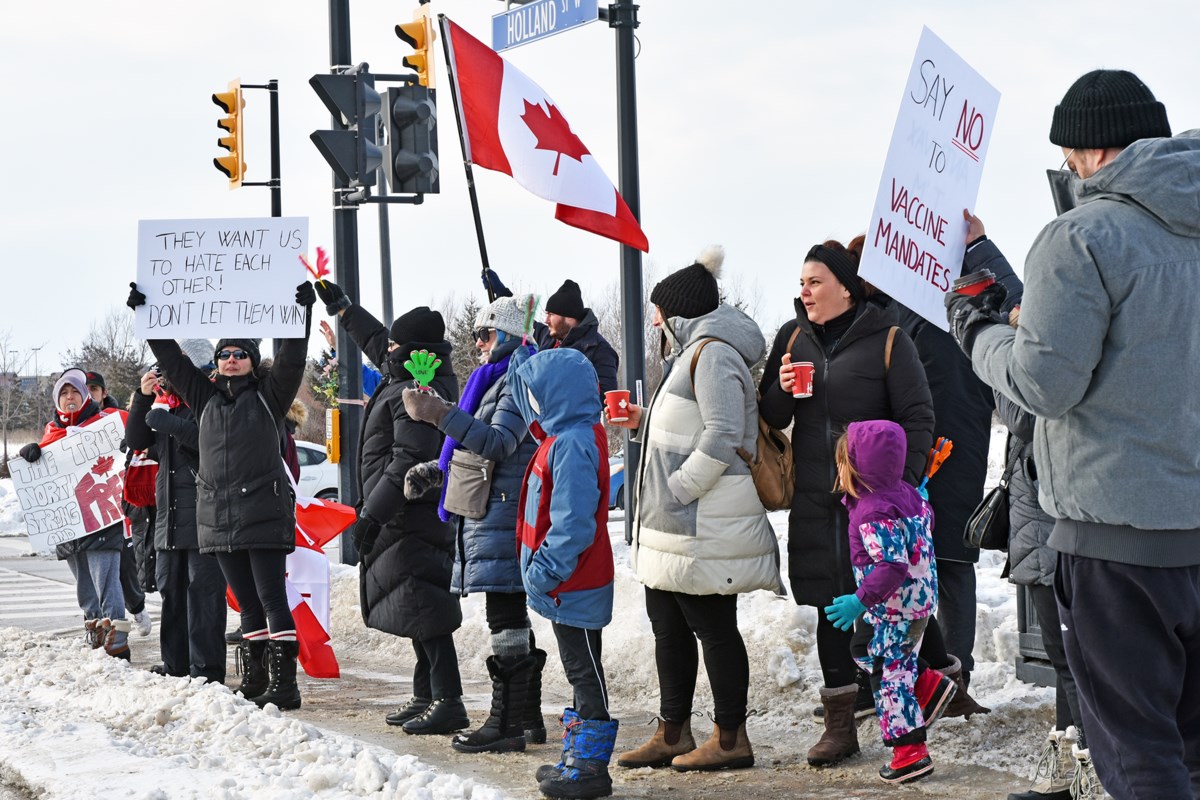 It’s funny how the so-called Conservative Party of Canada and our two local Conservative MPs seem unable to tell these ‘freedom convoy’ protesters that their voices have been heard and now is the time to let others Canadians enjoy their freedoms, such as going to work and crossing the border.

No other previous prime minister, regardless of political stripe, would have endured two weeks of traffic jams in downtown Ottawa, followed by mounting protests at border crossings. Pierre Trudeau and Jean Chrétien, up to Brian Mulroney and Stephen Harper, would have put an end to this nonsense a few days ago.

They allegedly let the protests continue for a few days, then firmly told the protesters to go home and if they did not leave, they would be evicted by members of the Canadian Armed Forces.

And naturally, these protesters in Ottawa, at the border crossings and elsewhere will cry out for the violation of their civil liberties and their rights to freedom of assembly. Here’s what Trudeau the Elder had to say about it in October 1970.

“There are a lot of bleeding hearts around who just don’t like to see people with helmets and guns. All I can say is, carry on and bleed, but maintaining law and order in this society is more important than worrying about weak-kneed people who don’t like the looks of a soldier’s helmet.

“Well, look at me,” Trudeau replied.

It’s funny how the so-called Conservative Party of Canada and our two local Conservative MPs seem unable to tell these ‘freedom convoy’ protesters that their voices have been heard and now is the time to let others Canadians enjoy their freedoms, such as going to work and crossing the border.

The Conservatives have great points to argue about the validity of federal and provincial vaccine mandates and they should vigorously present them in the House of Commons. Many mandates are – in whole or in part – no longer supported by scientific developments. But Tories should also agree with fellow parliamentarians that these protests are now causing significant economic damage and must end, voluntarily or not.

From a politically cynical standpoint, which has been Trudeau’s playbook since day one, threatening to call in the military (and following through if necessary) would now be warmly welcomed by most urban voters and suburbs, with all parties serious about government formation. Needs.

Pierre said he had no choice when he called in the army and was only responding to the clear and present danger to democracy. Justin can also use this line.

There are many wrongs in the current mandates and everyone is tired of living with them, regardless of individual opinions on vaccine safety. These demonstrators, however, crossed the line between protest and anarchy. Their continued actions are statements that their love for freedom does not include the freedom of anyone who disagrees with them.

If it takes soldiers patrolling downtown Ottawa and border crossings to restore democratic law and order, this Prime Minister — or any other Prime Minister — should do it without hesitation.