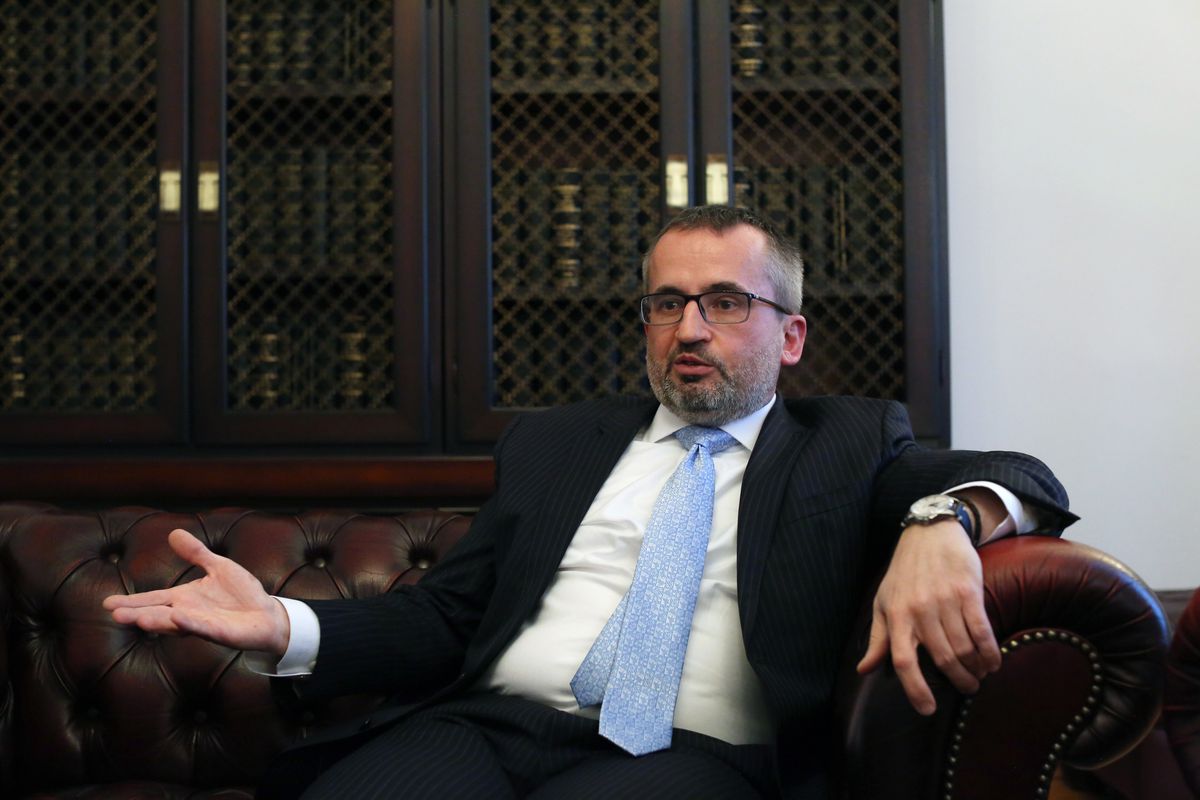 Moscow’s envoy to Canada is urging Prime Minister Justin Trudeau to phone Vladimir Putin so he can hear the Russian president explain there’s “no chance” Russia will invade Ukraine.

Oleg Stepanov, the recently arrived Russian ambassador to Canada, told The Globe and Mail on Tuesday that Mr. Putin would accept a phone call from Mr. Trudeau to discuss the crisis in Ukraine and the gathering in Moscow of more than 100,000 troops to the Russian-Ukrainian border. .

“I am 100% sure that my president would pick up the phone immediately,” Mr. Stepanov said, noting that the two leaders never attended a bilateral meeting during Mr. Trudeau’s seven years in office.

Mr. Putin would welcome the opportunity to make it clear to Mr. Trudeau that he has no intention of invading Ukraine and to explain the Kremlin’s opposition to the encroachment of the NATO on its borders, Mr. Stepanov said.

He noted that the leaders of the United States, Britain, Germany and many other Western countries regularly dialogue with Mr. Putin and he urged the Government of Canada to do the same.

But even though he ruled out the possibility of an invasion, Mr Stepanov mentioned a scenario in which some Ukrainian politicians – whom he declined to identify – could spark a conflict.

He urged Canada and other Western governments to work with Kyiv to deter this group.

“My government’s concern is that there is a war party in Kiev. There are radical politicians out there who could use the current stormy situation to provoke conflict on their side,” the envoy said.

When it comes to Ukrainian national security, Vladimir Putin has already won

Stepanov’s comments come a day after the NATO military alliance announced it was putting forces on standby and bolstering Eastern Europe with more ships and fighter jets in response reinforcement of Russian troops near its border with Ukraine.

He called on Ottawa and its allies “who have vested interests in Ukraine to work with the Kyiv government to keep them under control and deter them from any possible provocations in Donbass or elsewhere in Ukraine.”

As he spoke about the need for Russian-Canadian engagement, the envoy said the Kremlin would even drop a travel ban imposed on Deputy Prime Minister Chrystia Freeland in 2014 after Canada imposed sanctions to the Russian elites for the annexation of Crimea by Moscow and the destabilization of Ukraine. At the time, Russia retaliated by issuing travel bans on Ms Freeland and other Canadian officials – actions the ambassador called “how the game is played”.

The travel ban, however, would only be ignored if Ms Freeland were to come to Moscow for serious high-level talks – talks which the Russian envoy expressed hope would transform Canada into what he called a “voice of moderation” on the Ukrainian crisis. .

“If miracles happen and Madame Freeland wants to come to Moscow with a special message from the prime minister, I’m sure the exception can be made,” he said.

However, he expressed concern that Ms. Freeland, a Ukrainian-Canadian whose mother helped draft Ukraine’s constitution, is heavily influencing government policy in favor of Kyiv. He noted that she holds regular discussions with the Congress of Ukrainian Canadians, a group that represents people of Ukrainian descent in Canada.

“She is a member of the Ukrainian diaspora,” Mr. Stepanov said. “She’s the prime minister’s right-hand man… so she’s an influential voice in decision-making.”

The ambassador laughed when he learned that Canada was recalling spouses of diplomats and their children under the age of 18 from Kiev as a precaution against a possible Russian invasion.

“It’s your taxpayers’ money,” he said. “You want to remove them, you [will] I have to bring them back because I’m sure the situation will calm down.

On Ukraine, let’s not forget what history teaches us about appeasement

Mr. Stepanov denied that Russia hacked into Global Affairs Canada’s computer system last week; it suffered a multi-day meltdown that security experts called a cyberattack. And the ambassador dismissed warnings from the Communications Security Establishment, the top-secret federal agency that handles signals intelligence and cybersecurity, to be wary of Russian cyberattacks.

“No, absolutely not,” he replied when asked about the disruption of computer networks at Global Affairs, discovered on January 19. “Russia does not conduct any malicious activity in the cybersphere against Canada or any other country.”

When told that Washington had accused Russian intelligence of a major hack of US government departments and private companies, such as Microsoft Corp., in late 2020, Mr Stepanov said: “They still do this. if it helps to increase their self-esteem, but the problem with Americans and others is that it is very easy to blame the Russians.

The federal cabinet met on Tuesday and will meet again on Wednesday to approve a six-month extension to the Canadian Armed Forces training mission in Ukraine. He should approve a package of measures including the supply of small arms to the army of this country.

The Russian ambassador questioned why Canada would supply arms to Ukraine when Kiev appears to have a sufficient inventory of weapons – since it also exports defense equipment abroad.

“For me, it is quite surprising to see that the country continues to profit from arms exports and at the same time asks its foreign partners to provide it with additional weapons,” he said.

“If you feel threatened by Russia or any other country, you don’t sell your weapons; you store them.

When asked why Russia had placed more than 100,000 combat-ready troops on the border with Ukraine, the ambassador replied: “This is our land, this is our army. The army must conduct exercises from time to time.

With a Reuters report

For Subscribers: Get exclusive political news and analysis by subscribing to the Political Briefing.

All the registrations and certificates you need to visit Saudi Arabia