Local reservists will be key to the Arctic mission (5 photos) 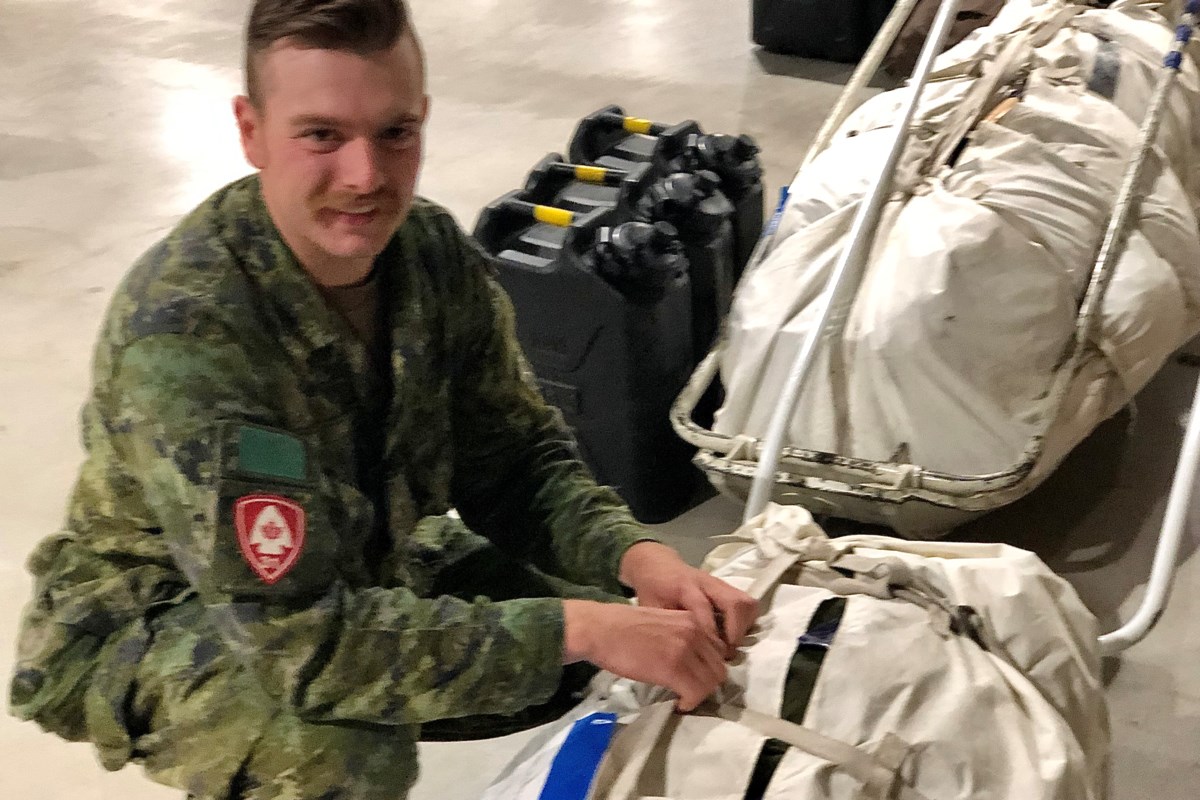 “We practice in this harsh climate and it’s one of the things few Canadians can do,” said the Orillia paramedic who is part of the team heading to the Arctic in August.

With equipment neatly spread out in the gymnasium-like Dyte Hall and exercises taking place elsewhere on CFB Borden, about 200 mostly Reservists were busy preparing for a weekend mission to northern Canada next month.

Troops gathered in the southern area of ​​the local base in preparation for what the Canadian Armed Forces describe as a major two-week operation in August in Cambridge Bay and Pond Inlet, Nunavut.

Scattered around the hall are slides filled with the necessities of life for 10 people, tents that the troops learned to erect in seven minutes, and even a parachute suspended from the ground to be used for equipment drops.

Lacroix, who has lived in Barrie since the 2003 blackout, is a York Regional Police officer on duty and for 33 years has been a member of the Canadian Forces Reserves in his spare time.

Operation Nanook, according to the Canadian Armed Forces, is “designed to exercise the defense of Canada and secure our northern regions” with a later phase after next winter.

It is meant to affirm Canada’s presence in the region and the role of the reservists, Lacroix said, is to observe the activity there.

DST allows troops to witness activity in the Northwest Passage – the shipping route between the Atlantic and Pacific across the Arctic Ocean – which has become more navigable over the past decade due to the decrease of the Arctic sea ice and because it avoids more or more dangerous routes.

“The Gray and Simcoe Foresters… have a unique capability and skill set that is used for different missions in the Arctic,” said Public Affairs Officer Lt(N) Andrew McLaughlin.

Members of the Arctic Response Company Group are trained specifically to operate in harsh climates and deploy annually in a northern exercise to test their ability to move, communicate and survive in the Arctic, McLaughlin added.

This time they are part of Operation Nanook, a series of Arctic deployments involving all three elements of the Canadian Armed Forces over a wide area in the north.

“Operation Nanook is primarily a sovereignty and presence operation, which basically shows the Canadian public and the world that Canada has a presence in the Arctic, that we are an Arctic nation and that we have the capability to project our forces there as well,” says McLaughlin.

Cpl. Jacob Kelly, a Simcoe County paramedic who lives in Orillia, is a rifleman for The Gray and Simcoe Foresters. He has already been deployed to the north in his seven years with the reserves, but the August trip will be his first over the summer.

“Usually we go in the winter to maintain our arctic survival skills as well as our sovereignty patrols. That’s part of the great thing about this unit is that we’re practicing in this harsh climate and that’s one of the things not many Canadians can do,” Kelly said.

Kelly will be part of the prep party leaving August 9 to return at the end of the month.

Lacroix stressed that the mission is only observation and report; no action will be taken.

The Gray and Simcoe Foresters, who are based at the Barrie Armory at Queen’s Park, are the main element of the ground task force with approximately 50 members participating.

Lacroix marvels that the troops are transporting planes loaded with equipment to operate in the area where the Inuit have long lived without any support.

“This is a great opportunity for us to engage with the Inuit,” said Lacroix.

How a pioneering nonprofit is helping young Chicagoans explore their city