Land 400 Phase 3: cutting of the foot to adapt to the shoe 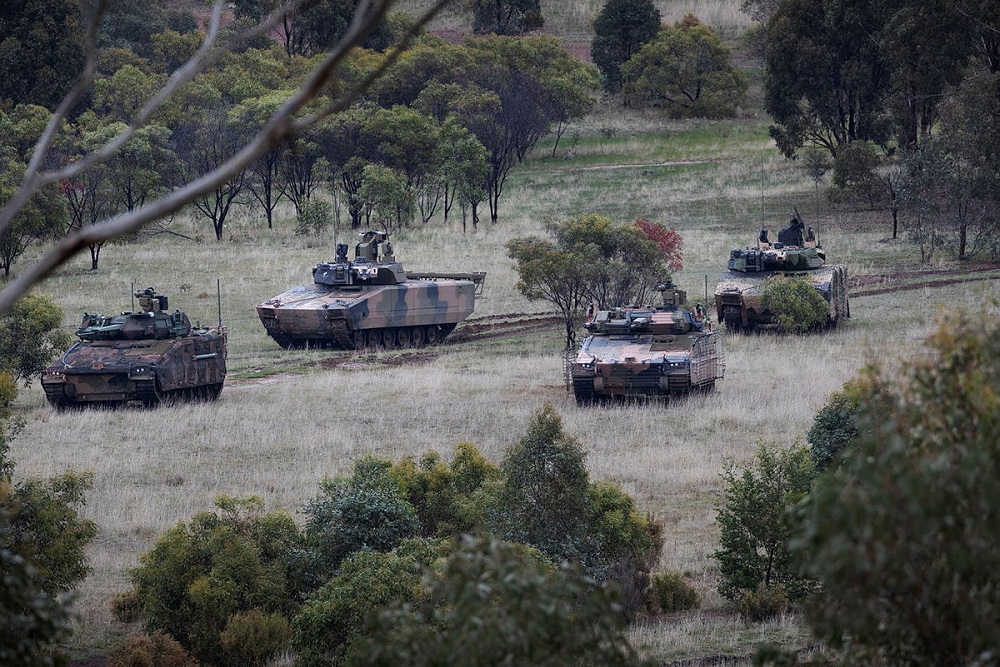 I strongly disagree with the argument that the number of IFVs should be reduced significantly from the planned 450 to allow for the acquisition of other abilities.

Shoebridge argues that a “part” of the Australian Defense Force should recruit, train, structure and equip to perform an increasing disaster relief role, thereby “protecting” combat elements from being tasked with doing so.

He says that because climate change will lead to an increasing demand for ADF to play a role in national and regional disaster relief, and to avoid having to divert people and systems designed to war to deal with civilian crises, Defense should have the resources to recruit, train, structure and equip part of the ADF for a growing role in disaster relief.

Shoebridge also says that Australia is unlikely to need to wage a full-scale attrition war with a land power such as Russia and is unlikely to renew battles in Iraq, which means that strategic defense review can re-examine wisdom. to buy 450 IFV.

And he says the Australian Army simply cannot deploy, maintain and sustain over 700 heavy armored vehicles in our region nor should the ADF be structured to fight major ground battles on the Korean Peninsula or at the Indo-Pakistan border.

My comments on the issues raised about climate change will be brief and specific. Although Shoebridge doesn’t say which service should do it, it’s likely that, given its ability to put boots on the ground and fill a vast array of roles that air and naval forces cannot, the “part” of the ADF that would do this is the army.

I would argue that this notion implies that the military should be sacrificed on the altar of climate change to allow other services to continue the real work of war and fails to understand the vital tool of statecraft that is the ‘army. I think it also illustrates a lack of understanding of the key roles the military plays in establishing and maintaining collective security in our region with allies and partners and the essential and unique contribution it makes to the Australia’s military strategy.

There is an implication in the Shoebridge pieces that the military is modernizing its armor capability to conduct large-scale attrition land warfare. This is an error. The army is not structured or equipped to fight the armed forces of a great power like Russia. Unlike the American, British and Canadian armies, Australia has never undertaken exercises such as REFORGE Where BATUS to reproduce the fights in the European steppe. The army and its armored capability, which is to include IFVs, main battle tanks and combat reconnaissance vehicles, are structured, equipped and trained to operate in Australia’s main operating environment as part of the country’s military strategy.

The army chief, Lieutenant-General Simon Stuart, said in a recent speech it had to be very clear that not providing the protection offered by 21st century combined arms combat systems would reduce the probability of mission success and ultimately cost a higher price – or leave the ADF without an option.

“The combined arms combat system that protects our soldiers today is based on a 60-year-old armored personnel carrier,” Stuart said. “We can and we must do better, and we have a plan to do that.”

To suggest that Australia should drastically reduce the number of IFVs the military seeks because 700 heavy armored vehicles cannot be deployed overseas is misleading. In general terms, 700 vehicles make up the total of all armor in Australia’s inventory – 450 IFVs, 211 combat reconnaissance vehicles and 75 main battle tanks. As it was clear Speak clearly by defense analyst and historian Leo Purdy, the goal of acquiring 450 vehicles is to adequately equip task forces, training elements, and sustainment stocks. As discussed in a recent issue of Defense Technology Review, deploying 450 or 700 vehicles at sea makes no sense in the context of how the military generates, deploys and maintains capability. Similarly, no armed force on the planet would deploy 100% of its military capability abroad, including all of its operational, training and sustainment stocks. To suggest that Australia could do so is misleading.

Shoebridge says “the dream number of 450 IFVs is almost certainly unaffordable even for the existing $18-27 billion budget” and argues that cuts in this megaproject could allow funds to be used for other capacities. It does not explain why the IFV program is unaffordable. Given that this is a live tender and subject to short term government decision, I find it hard to believe Defense would elevate a draft to Cabinet without the internal checks and balances needed by various committees, as well as other external agencies, do occur.

I would strongly disagree with any suggestion that in all possibilities of future war, conflict and crisis, military, or more specifically land power, is less useful and less necessary than sea and air power and can therefore be deprived of capacity, function and funding.

As Professor Michael Evans said Speak clearly in more detail, the ability to predict future warfare is extremely elusive. War with China is possible, as is war on the Korean Peninsula, but Australia’s involvement is not predestined. Similarly, a civil war or insurrection engendered by a dictator’s coup; the failure of a state in our region due to economic, religious, ethnic or social tensions; or the occupation and subjugation of a neighbor by a hostile power are also possibilities.

It would be a mistake to dismiss the requirement for credible, deployable and sustainable combined arms land power, which includes armour, on the assumption that future warfare will only require naval and air power.

Reducing the number of IFVs would not only be imperfect but dangerous. To do so would undermine Australia’s stated defense policy by reducing its ability to engage with regional allies and partners and would unbalance the execution of its military strategy. This is clearly dangerous for Australian soldiers who would be condemned to fight a 21st century threat with 20th century means. This is not an argument that should be taken seriously.

Appointment of Judge Hilary Charlesworth to the International Court of Justice