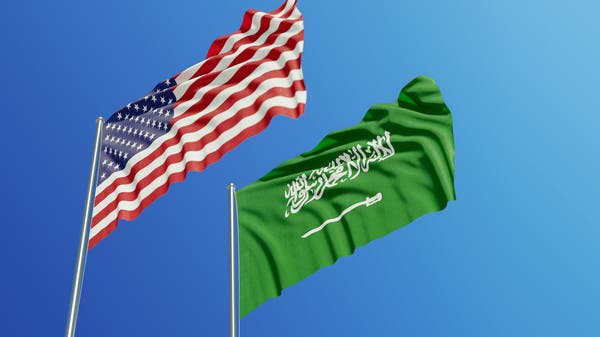 US President Joe Biden’s visit to Saudi Arabia at the invitation of Saudi King Salman bin Abdulaziz has led to a series of vital agreements in future industries and action plans to tackle prevailing regional and international issues .

This is according to a joint statement released by the two countries following a lengthy meeting between the US president and Saudi leaders.

For the latest headlines, follow our Google News channel online or through the app.

The meeting, which included the presence of senior officials, covered topics such as energy security, climate cooperation, security and defence, technology and regional considerations.

Initially, the statement clarified that the US-Saudi partnership has been a “cornerstone of regional security for decades”, adding that the two countries share a vision of a “secure, stable and prosperous region, interconnected with the world”.

Noting the shared historical ties, the two countries welcomed the extension of the validity of business and tourist visas to 10 years to facilitate the strengthening of social ties and economic cooperation.

In view of the Ukrainian crisis and the resulting energy issue, the two parties have reportedly decided to consult regularly on global energy markets in the short and long term, in addition to collaborating as strategic partners in climate and energy transition initiatives, “recognizing Saudi Arabia’s leading role in the future of energy.

The United States appreciated the Saudi Green Initiative and the Middle East Green Initiative, and welcomed Saudi Arabia’s participation in the recent Major Economies Forum on Energy and Climate. This is in line with the Kingdom’s goal to produce 50% of its electricity production from renewable energy by 2030.

This is in addition to the finalization of the Partnership Framework for Advancing Clean Energy, which will see substantial investments in clean energy transition and the fight against climate change, with a particular focus on renewable energy, clean hydrogen , human capacity building in the field of nuclear energy, etc. .

The United States and Saudi Arabia will also aim to invest in projects that support digital connectivity, supply chain sustainability, and climate and energy security focused on low- and middle-income countries as part of a global infrastructure push, according to the release.

The United States has firmly affirmed its commitment to supporting Saudi Arabia’s security and territorial defense, especially by facilitating the Kingdom’s ability to obtain the necessary capabilities to defend its people and territory against external threats, the statement said. joint.

The two countries also stressed the need to deter Iran’s interference “in the internal affairs of other countries, its support for terrorism through its armed proxies, and its efforts to destabilize the security and stability of the region,” the statement said.

Basically, both countries agreed on the importance of preventing Iran from obtaining nuclear weapons.

To improve and streamline the exchange of information in the maritime domain, cooperation between the Royal Saudi Naval Forces and Combined Task Force 153 will supposedly be strengthened in the coordination center run from the headquarters of the US Fifth Fleet in Bahrain. .

Also welcoming the upcoming ministerial meeting of the Global Coalition to Defeat ISIS to be held in Saudi Arabia in early 2023, the two countries stressed the importance of countering terrorism and violent extremism.

The focus was on fighting al-Qaeda and the Islamic State, stemming the flow of foreign fighters, countering violent extremist propaganda and cutting off the flow of terrorism funding, the statement said.

The countries stressed the need for the global coalition to continue its work and “make long-term, multi-year efforts to return both the detained ISIS fighters and the tens of thousands of family members of the Islamic State in northeastern Syria in their country of origin,” according to the joint statement.

The United States welcomed and appreciated Saudi Arabia’s vision that will continue to see economic and social reforms under the Vision 2030 banner.

This includes efforts to increase women’s economic participation and promote interfaith dialogue, in addition to increasing Saudi investments in the US private sector.

The United States also welcomed Saudi Arabia’s bid to host the 2030 World Expo, which was last held in the neighboring emirate of Dubai, United Arab Emirates.

Cooperation agreements in the field of technology, telecommunications, space, cybersecurity and public health have also been signed.

The United States and Saudi Arabia have expressed their steadfast support for the UN-backed truce in Yemen, which is currently seeking to turn into a lasting peace agreement.

US President Biden expressed his gratitude for the role played by King Salman and Crown Prince Mohammed bin Salman in bringing about the truce, according to the joint statement.

Both sides also renewed their call on the international community to remain united in the face of threats from the Iran-backed Houthis, while simultaneously calling on the group to resume peace talks that can help reverse a humanitarian crisis that is deteriorating in Yemen.

Both countries reiterated their support for Yemen’s leadership council, a crucial political shift in the country’s current socio-economic scene, which recently helped revive fuel imports and flights from Sanaa.

The Taiz blockade continues to be of concern as it impedes the movement of essential goods and the delivery of aid inside Yemen’s third largest city, which has been under siege since 2015.

A provision of the truce agreement allowing militants to ease their siege of Yemen’s third-largest city, Taiz, has yet to be implemented, and the government has demanded that roads leading to the city be open.

US President Biden hailed the Kingdom’s leading role in strengthening relations with Iraq, which will link its power grid to Saudi Arabia in a landmark deal signed on the sidelines of the security and development summit from Jeddah on July 16.

The two countries “welcomed all efforts that contribute to achieving a just and comprehensive peace in the region,” according to the statement on the Israeli-Palestinian conflict.

They reportedly underlined their commitment to a two-state solution in which “a sovereign and contiguous Palestinian state lives side by side in peace and security with Israel.”

Both countries stressed the importance of preventing renewed violence, maintaining established ceasefires and allowing the unimpeded delivery of humanitarian aid to all Syrians in need.

Both parties also expressed their support for the efforts of the UN Secretary-General’s Special Envoy to reach a political solution to the conflict in line with the formula set out in UN Security Council Resolution 2254 (2015).

Saudi Arabia and the United States stressed the importance of the Lebanese government’s control over its territory, while expressing their continued support “for the sovereignty, security and stability of Lebanon, and their support for the Armed Forces which protect its borders and resist threats”. violent extremist and terrorist groups,” the statement said.

A functioning government with a comprehensive plan for implementing political and economic reforms would help overcome the crisis in Lebanon and ensure that it does not become a “launching point for terrorists, drug trafficking or other criminal activities that threaten the stability and security of the region,” the statement said.

The two leaders reaffirmed their commitment to provide essential assistance to the people of Ukraine, while calling for solutions to ensure the unhindered export of grain and wheat products to alleviate the global food crises, which threaten to have a acute impact on a number of states in the Middle East and Africa.

Both sides stressed the importance of continued humanitarian assistance in the Taliban-ruled country, while promoting the rights of the Afghan people, including the rights of women and girls to education and access to the best possible state of health and, for women, the right to work.

“Both parties affirmed their support for the Libyan people as they engage in the UN-brokered political process to prepare for presidential and parliamentary elections as soon as possible,” the statement said.

They reportedly expressed their “full support” for the Libyan ceasefire agreement and the Libyan call for the complete departure of foreign forces, foreign fighters and mercenaries without further delay, in accordance with resolution 2570 (2021) of the United Nations Security Council.

The two countries also stressed the importance of dialogue between the Sudanese parties and wish the people peace and prosperity.

The joint statement ended with: “Both sides have decided to expand and strengthen bilateral cooperation in all areas discussed at this meeting, ahead of the upcoming annual strategic dialogue between Saudi Arabia and the United States. to be held in the Kingdom later this year. This communiqué from Jeddah should form the basis for further work to consolidate and strengthen the strategic partnership between the two countries.”

5th Canadian Army Division based in Halifax gets new commander

‘That would be silly’: Musk refutes allegations of building a private airport in Austin