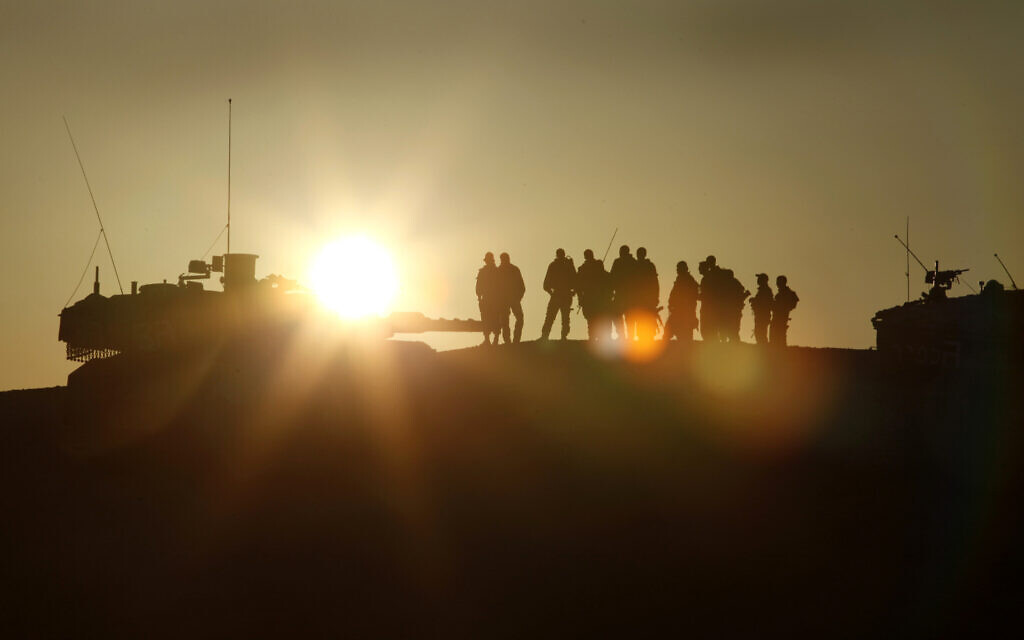 The Israel Defense Forces has started to consider how to incorporate the dangers of climate change into their threat assessments, although some are urging the military to do much more and recognize that global warming is a major strategic threat to the country.

Netta Blass, an officer in the military’s strategic division, told a meeting of the Ministry of Environmental Protection on Monday that her unit was working with her counterparts in the IDF planning unit to examine the possibility a climate-related work plan and the creation of a special unit.

These two divisions, she said, also liaise with the Department of Environment’s Climate Change Preparedness Directorate, which held the sixth meeting on Monday since its inception in 2018, opening up part to more of 100 external people.

“The subject is on our agenda,” she said.

Michael Herzog, international researcher at Washington Institute and a retired IDF brigadier general who headed the army’s strategic planning division, was involved with a small team of academics and others in trying to get the defense establishment to recognize and adapt to the enormous implications of global warming.

By registering, you accept the conditions

He told The Times of Israel on Tuesday that he thought the military was “waking up,” but, he said, “there isn’t enough awareness at the top.

“It’s good that they appointed someone down there, but I think what we really need to see is top executives taking care of it and the budgets are allocated and then you know that it is serious, ”he added.

The IDF’s work is still in its infancy, officials said.

In June, former IDF chief of staff Gadi Eisenkot told the Institute for National Security Studies (INSS), where he is now a senior researcher, that unlike the US military, where climate change was an integral part, it was “not discussed” within the IDF and relegated to the “most marginal” place among all issues handled by the military.

This despite the potential of global warming to have an impact on runways and aircraft formation, he said during a confab held (in hebrew) to launch the INSS publication “Environment, Climate and National Security: A New Front for Israel”. The military was already changing training schedules to make sure soldiers were not outside during the hottest hours, he added. 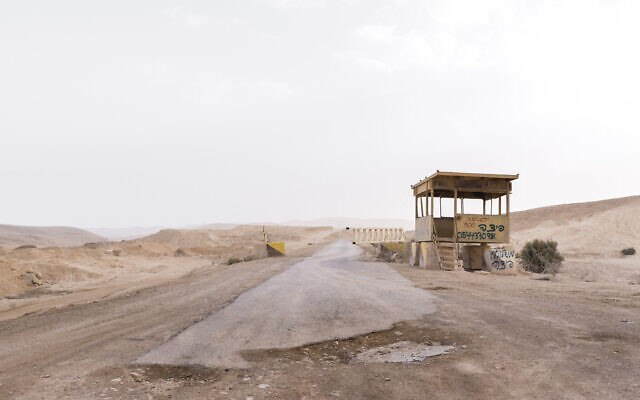 Gideon Behar, the Foreign Ministry’s special envoy for climate change and sustainability, has also been actively involved in the attempt to have climate change recognized as a threat to national security. 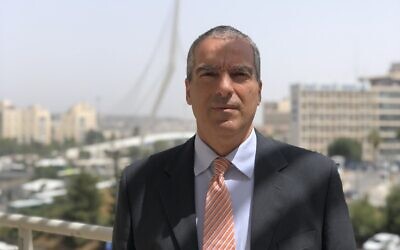 “We have to go much faster,” he urged attendees at Monday’s meeting. “The rhythm of [climate] change is faster than expected and impacts are increasingly difficult to predict. No one else will correct the things that we ourselves don’t do today. This is our shift and we need to work day and night to strengthen preparedness, as well as mitigation. “

Stressing the importance of regional cooperation to ensure that neighboring states can build their resilience against the effects of global warming, Behar revealed that two years ago, Cyprus launched a regional climate cooperation initiative between countries Mediterranean and Middle Eastern (excluding North Africa).

Despite a business disruption during the coronavirus pandemic, 12 working groups have been set up and a regional meeting is scheduled for mid-October, in which Israel will participate, he said.

The IDF could look to the US military for advice, with the Pentagon leading the way in mainstreaming climate change, Dr Yehuda Troen of the Knesset’s Research and Information Unit said at the time. from the same meeting.

Work on the plans began in 2014 in light of the U.S. military’s need to be more active at the North Pole – where melting glaciers have enabled a higher Russian presence, and to provide humanitarian assistance, conduct operational activities, intelligence gathering and training, in a warming world. 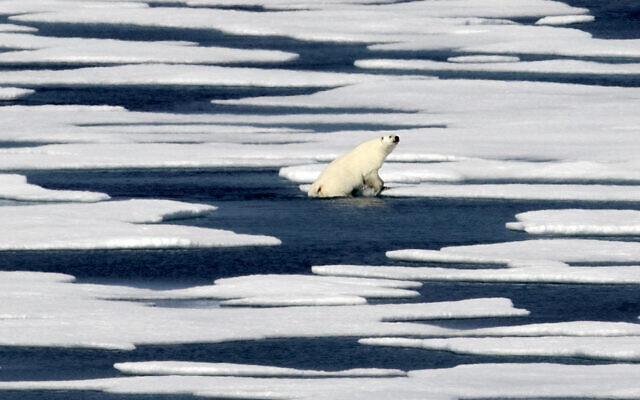 In this file photo from July 22, 2017, a polar bear comes out of the water to walk on the ice in Franklin Strait in the Canadian Arctic Archipelago. (AP Photo / David Goldman, on file)

Two years ago, the U.S. military presented Congress with a comprehensive climate preparedness report at 148 military bases, detailing the risks of events such as recurrent floods, droughts and wildfires today and 20 years to come, Troen said.

Last year, it published a Climate Resilience Handbook, outlining measures that must be implemented.

The Israeli military has already experienced these problems.

At the start of last year, flooding of a number of underground hangars caused damage estimated at NIS 30 million (9.3 million) to eight F-16 fighter jets and their infrastructure.

However, it does not appear to have prompted the military to take major action.

“It is not really clear what the IDF is doing,” Troen said, adding that “the National Security Council has said it is not really dealing with the matter, although it would be ready to cooperate.” 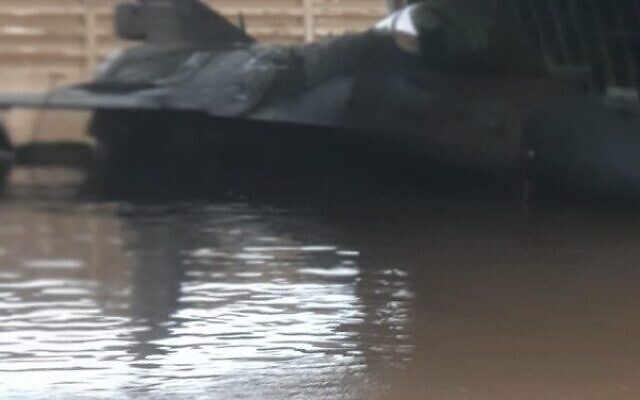 The current director of the NSC, Meir Ben-Shabbat, is due to retire at the end of August. He will be replaced by the 45-year-old former Mossad officer Eyal Hulata.

Environmental Protection Minister Tamar Zandberg is also trying to get the government to recognize climate change as a national strategic threat.

The climate crisis and responsible journalism

As an environmental reporter for The Times of Israel, I try to convey the facts and science behind climate change and environmental degradation, explain – and criticize – official policies affecting our future, and describe the Israeli technologies that can be part of the solution.

I am passionate about the natural world and disheartened by the dismal lack of awareness of environmental issues of most of the public and politicians in Israel.

I am proud to do my part to keep The Times of Israel readers properly informed on this vital topic – which can and must lead to policy change.

Your support, by joining The Times of Israel community, allows us to continue our important work. Would you like to join our community today?

Join the Times of Israel community

Are you serious. We appreciate this!

We are really glad you read X Times of Israel Articles in the past month.

That’s why we come to work every day – to provide discerning readers like you with must-see coverage of Israel and the Jewish world.

So now we have a request. Unlike other media, we have not set up a paywall. But since the journalism we do is expensive, we invite readers for whom The Times of Israel has become important to help support our work by joining The Times of Israel community.

For as little as $ 6 per month, you can help support our quality journalism while benefiting from The Times of Israel WITHOUT ADVERTISING, as well as access to exclusive content reserved for members of the Times of Israel community.