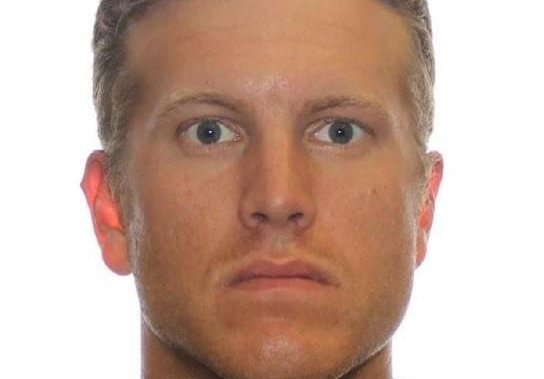 Patrik Mathews, the former Canadian Armed Forces reservist at the center of a violent plot to start a racial war in Virginia, was sentenced to nine years in prison followed by three years on probation.

Mathews, 28, of Beausejour, Man., Had previously pleaded guilty to weapons charges related to his role in a white supremacist plan to disrupt a gun rights rally in January 2020.

Mathews came to his defense, claiming he had fallen into a bad crowd and expressing some measure of remorse – but he did not apologize, which the judge took note of.

Chuang called it “irritating” for someone from another country to come to the United States thinking it is a place on the verge of collapse and that they could speed up this process.

The judge said the United States is teeming with law-abiding patriots and is not about to crumble, as some might think.

Chuang earlier this week accepted the prosecution’s request for “better terrorism,” which would have allowed a sentence of up to 25 years behind bars.

Prosecutors had argued that Mathews’ crimes were serious, but his motives were even more so.

Since the arrest of Mathews and his co-accused, US Army veteran Brian Mark Lemley Jr., in January 2020, the court has heard ample evidence that the couple spoke in harsh terms about the deaths of federal officials, the derailment of trains and the poisoning of the water supply as part of a violent and disruptive ploy to exploit political and social tensions and start a race war in the United States.

At the center of the plot was a massive rally of gun rights activists in the state capital of Richmond, Va., Where the two – both members of the white supremacist group The Base – relied on clashes between police and tens of thousands of heavily armed protesters angry at the proposed gun control measures.

The two men pleaded guilty in June to charges of illegally transporting a firearm and obstructing justice. A third co-accused, William Garfield Bilbrough IV, pleaded guilty in December to helping Mathews enter the United States illegally. He was sentenced to five years in prison.

Earlier this week, their lawyers did their best to dismiss the scheme, which they said was filled with hate and disturbing, as nothing more than the gossip and boast of a pair of deeply troubled and alienated young men. with twisted beliefs and an affinity for guns.

However, Chuang said in a hearing Tuesday that their conversations, texting, and planning – much of it captured through FBI wiretaps, so-called spy warrants, and use undercover agents – understood more than just the “distant wishes, hopes and fantasies” of a pair of “wide-eyed neophytes.”

Rather, they were “specific, serious and calculating in the actions they intended to carry out,” the judge said.

Mathews’ father Glen read a brief statement in open court today in which he described his son as a troubled soul with a good heart.

The father said his son had autism and had always been bullied, and at some point he took a wrong turn.

Do you think giving attracts wealth? A lot of millionaires do. Here’s how to make it work for you

US tech company NetApp to open global headquarters in Cork