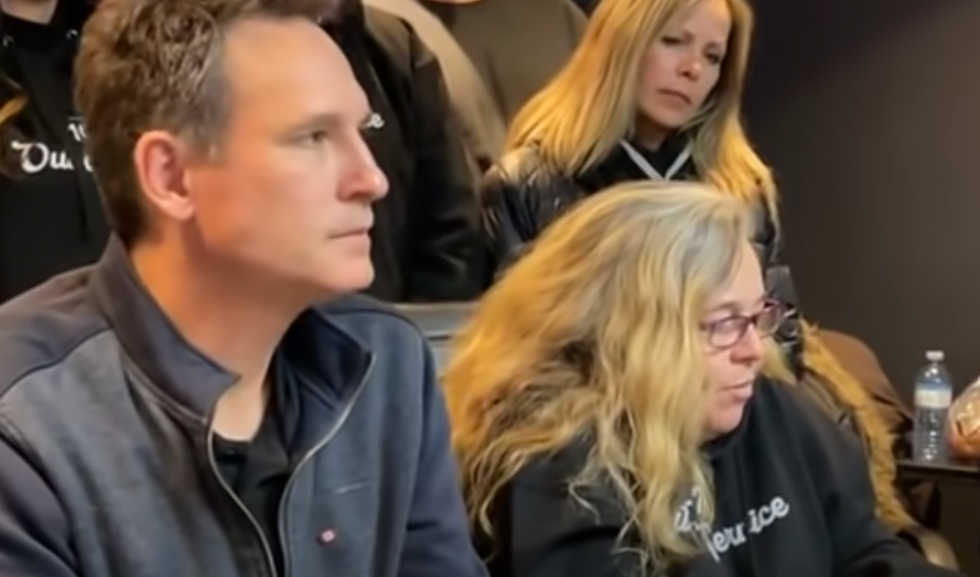 A new face of the truckers’ protest and the Ottawa occupation is a former Georgian College instructor who is now demanding that Prime Minister Justin Trudeau meet with him and his team of “world-class scientists.”

On Monday night, video was filmed by organizers of the protest in the nation’s capital, which has now been going on for nearly two weeks. The video’s keynote speaker is Tom Marazzo, who taught at Georgian for two years.

A reporter contacted Marazzo on Tuesday. He responded to clarify his ties to the Barrie area. On Wednesday, he replied to confirm his work at Georgian College. However, Marazzo was unavailable for an interview.

“I can tell you that I was fired by Georgian College for sending an internal email to over 250 faculty, the president, the vice president of human resources and several deans, questioning the legality of the mandate vax. I put my name in it,” Marazzo wrote in his response.

“Within days I was fired for sending the email,” he added. “The overwhelming majority of teachers have turned on me in a show of unity in support of the mandates. OPSEU has been totally useless. I have a lawyer.

When asked if he still lives in Barrie, Marazzo said he sold his house and “moved away from Barrie.”

Marazzo’s LinkedIn page says he was hired full-time at the college from September 2019 to September 2021 as a computer software instructor.

A Georgian College spokesperson confirmed that Marazzo was on staff until September 2021, but would not comment further on his departure as it was a confidential personal matter.

On August 13, 2021, Georgian College announced that it will require vaccinations for all students and employees entering any campus or university location beginning September 7.

On his LinkedIn page, Marazzo says “if your company does not respect the Canadian Constitution and the Charter of Rights and Freedoms, you are not a good choice for me”.

In the YouTube video posted earlier this week, Marazzo talks at length about what he calls “preventive SOS.”

Two of the main points raised in the video were that Trudeau was meeting face-to-face with Marazzo and the group, which includes Tamara Lich (secretary of a Western separatist group called the Maverick Party of Canada), Paul Alexander (former President Donald Trump civil servant administration and health researcher), and some people identified as “road captains”.

At one point, Marazzo said he would like all police officers who are on the fence about COVID to sit down with their “world-class scientists” and wave to the group behind him.

For a moment when everyone present identified themselves, a man calling himself Dr. Roger Hodkinson, a self-styled pathologist from Edmonton, was the only person claiming to be a doctor.

The video also calls for other protesters to come to Ottawa, as the group feared more police were heading to the nation’s capital.

“If you want to support us, if you really want to help us, what I would like you to do is start thinking about coming to Ottawa,” Marazzo said in the video.

Marazzo said he wasn’t asking people to get in their vehicles or pack their bags immediately, but that they wanted “to start preparing your families or start talking to your employers and saying, ‘Look, I feel really my place is in Ottawa this week’.”

A The CAF spokesperson confirmed by email that “a person with the name Thomas Marazzo is a former member of the Canadian Armed Forces (CAF)”.

We still do not know what the next moves of the Ottawa group will be.