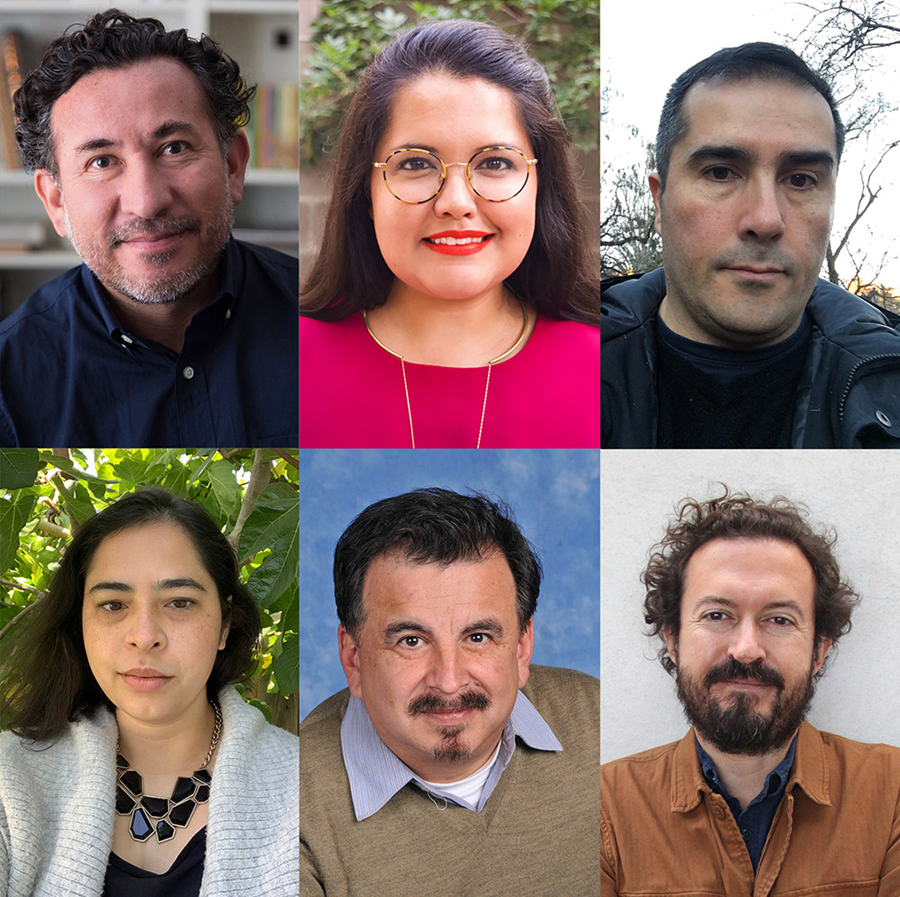 In recognition of National Hispanic Heritage Month, the Fay Jones School of Architecture and Design will host the “500 Years and Counting” online panel discussion from 4 p.m. to 5:30 p.m. on Wednesday, October 13, via Zoom.

The “500 Years and Over” roundtable will explore Hispanic heritage and agency in the built environment of the United States in the context of the year 2021 and the 500 years since the first European conquest of the American continent: the fall of Aztec Tenochtitlan to the Spaniards and their native allies.

Registration for the conversation is available on Zoom.

Gabriel Díaz Montemayor, ASLA, is the Assistant Dean for Diversity, Equity and Inclusion and Associate Professor of Landscape Architecture at Fay Jones School. He hosted the October 13 event, inviting five panelists who are experts in Latin / Hispanic architectural, urban planning and landscape forms to participate.

“This year’s National Hispanic Heritage Month is special because it coincides with the 500th anniversary of the fall of Aztec Tenochtitlan – in 1521 and in what is now Mexico City – to the Spanish conquistadors and their native allies.” , said Díaz Montemayor. “Five centuries of a new culture in the making, both European and indigenous to the Americas. A new built environment, being a cultural environment, has been forming ever since. Add to this the imprint and the continuous transformation of the built environment by Hispanics in a different culture also expressed in the built environment, the Anglo-American. “

“So in Arkansas, the presence of the Hispanic population is increasing at a rate close to double that of our country,” he said. “We see all of the profound, significant and beneficial impacts of the Hispanic population in our built environment – from the construction industry, the food industry, to restaurants, to urban art and to the revitalization of neighborhoods, Main streets and urban neighborhoods thanks to the demonstrated entrepreneurship of Hispanics, which is above the average American population. “

Nayelli Garcia, an architectural student and representative of the National Organization of Minority Architectural Students (NOMAS) chapter at Fay Jones School, will join Díaz Montemayor in moderating the October 13 conversation.

The panellists’ expertise includes historical colonial structures and the transfer of technology from Europe to the Americas, the history and theory of architecture and town planning in the Americas and their links to Europe, the cultural landscapes of immigrant populations with a focus on business and entrepreneurship, environmental justice and climate equity affecting low-income communities, and how Latinos are transforming public spaces, streets and the environment built.

“This round table includes a wide range of leading expertise in architecture – both contemporary and historical – in urban planning and landscapes, with an emphasis on social and environmental justice and participatory processes,” he said. he declares. “I certainly look forward to seeing the breadth and depth of our guests discussing the legacy and agency of Hispanics in the built environment of the United States.”

The panelists for this conversation are: