Coronavirus: What’s Happening in Canada and Around the World on Wednesday 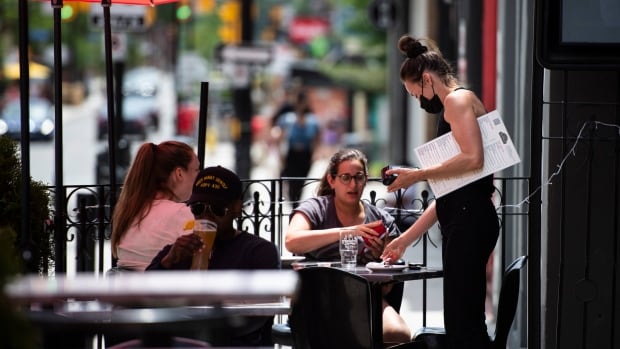 Ontario moved to the next step in its plan to reopen on Wednesday, just hours before health officials reported the lowest single-day case count the province has seen since September 10.

The province reported 14 additional deaths and 184 new cases of COVID-19 on Wednesday.

The update came a day after the province’s top doctor said he would prefer to wait 21 full days before further lifting the restrictions.

â€œThe two to three week cycle is very important to maintain so that we open Ontario in stages, always moving forward and not having to back down,â€ said Dr. Kieran Moore on Tuesday.

Moore made the comments during his first pandemic briefing since officially taking over as Ontario’s chief medical officer of health.

Ontario has exceeded COVID-19 vaccination targets to enter the second phase of its plan to reopen, which will allow more outdoor activities and more indoor services like haircuts. resume Wednesday.

More than 77% of people had received at least one dose of the vaccine by Tuesday morning and 37% were fully immunized.

The province has set 21 days between each stage of its economic reopening to observe public health trends and allow vaccines to take full effect. He brought forward the second stage of the plan a few days based on vaccination rates and other positive trends from COVID-19.

Ontario also exceeded the target to enter the third stage of the reopening plan, which would further increase the capacity of indoor gatherings.

But Moore, like his predecessor Dr David Williams, argued on Tuesday that vaccination is not the only measure. He advised to proceed with caution with the spread of the more infectious delta variant.

Region of Waterloo not moving to step 2

People who have received a dose of the vaccine are less protected against this variant and this has contributed to local spikes in infection in the Gray Bruce and Waterloo region. Waterloo will not reopen with the rest of the province on Wednesday as it manages the increase in infections.

Moore said he is monitoring the impact of the variant locally and internationally and that reopening must be done with caution to avoid losing the progress made in fighting the virus so far.

“He’s a tough opponent. He’s aggressive. He wants to spread quickly,” he said of the variant.

“We have to be careful and we need 21 days to be able to understand the impact of openness on our communities.”

-Based on the latest update from The Canadian Press and CBC News at 10:20 a.m. ET

WATCH | Masks still matter as Canada faces a more transmissible delta variant, according to an expert:

As early as Wednesday morning, Canada had reported 1,414,746 confirmed cases of COVID-19, of which 7,400 were considered active. A CBC News death tally stood at 26,274. More than 36.7 million doses of the COVID-19 vaccine have been administered across the country so far, according to the CBC vaccine tracker.

A total of five cases of COVID-19 were reported in Atlantic Canada on Tuesday, including:

No new cases of COVID-19 have been reported in Newfoundland and Labrador Tuesday.

WATCH | Laina Tuckanow lost her mother and grandmother to COVID-19 and says for her, life will never be normal again:

While many Canadians celebrate a return to normalcy, for many the pain is still too great. Laina Tuckanow lost her mother and grandmother to COVID-19 and says for herself that life will never be normal again. 2:44

“Overall, our numbers are heading in the right direction,” Dr Deena Hinshaw said on Tuesday, before a wider reopening later this week.

“Cases, hospitalizations, ICU admissions and our positivity rate are the lowest since last summer, early fall.”

“We are in a new phase of this pandemic, one that we hoped not to see,” Chief Medical Officer of Health Dr Brendan Hanley said in a statement on Tuesday. “But we are here and we will continue to work together to contain this tide.”

British Columbia will move to step 3 of its pandemic reopening plan on Thursday, lifting the provincial mandate of the mask and the government’s declaration of a state of emergency. The news came as British Columbia reported 29 new cases and no new deaths on Tuesday.

-From CBC News and The Canadian Press, last updated 10:20 am ET

What is happening in the world

As of Wednesday morning, more than 181.8 million cases of COVID-19 had been reported worldwide, according to data released by Johns Hopkins University in the United States. The death toll worldwide was over 3.9 million.

In the Asia Pacific region, Australian authorities on Wednesday extended lockdown and physical distancing measures to more of the country, with four major cities already under strict lockdown in a race to contain an outbreak of the highly contagious variant of the delta coronavirus.

Bangladesh is deploying army troops from Thursday to enforce a strict lockdown amid a record spike in coronavirus cases caused by the delta variant first detected in India, the government said on Wednesday.

“No one will be allowed out except in an emergency during this time,” the government said in a statement, warning that army troops alongside law enforcement would be deployed to enforce the lockdown.

In the AmericasDr Rochelle Walensky, director of the Centers for Disease Control and Prevention, said the CDC is leaving it up to local authorities to establish guidelines for wearing the mask as the highly contagious delta variant of the coronavirus increases in areas with low vaccination rate.

Walensky said Wednesday on NBC Today show that “we’ve always said that local decision-makers should make policies for their local environment,” but added that CDC guidelines broadly say that those who are vaccinated do not need to wear masks.

Los Angeles County health officials recommend that people wear masks indoors in public places, regardless of their immunization status. Separately, the World Health Organization reiterated its long-standing recommendation that everyone wear masks to reduce the spread of the coronavirus.

In Africa, the Tunisian government extended the hours of nighttime curfew on Tuesday in a bid to stop the rapid spread of COVID-19, as the North African country hit a daily record of cases since the start of the pandemic Last year.

Zimbabwean President Emmerson Mnangagwa on Tuesday imposed a dusk-dawn curfew, banned intercity travel and reduced hours of operation with immediate effect in response to the increase in coronavirus infections.

In Europe, Greece will allow people fully vaccinated against the coronavirus inside restaurants without masks, the government said, as part of measures to increase vaccination rates.

Russia will not be able to immunize 60% of its population by fall as planned due to weak demand for vaccines, the Kremlin said, after the country recorded its highest number of daily deaths from the virus.

In the Middle East, Oman has said it is expanding its vaccination campaign to anyone over 18 as it speeds up what has been the slowest rollout in the Gulf.