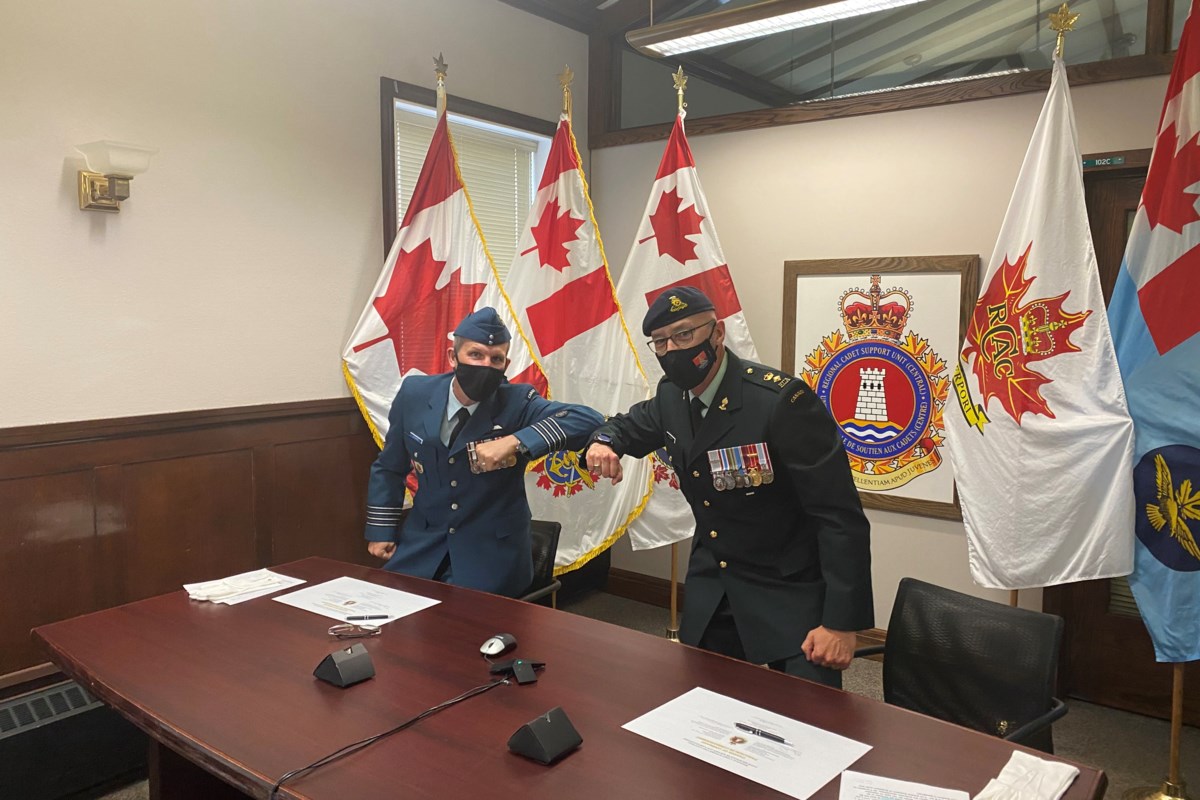 A virtual change of command ceremony took place today at Canadian Forces Base Borden with the province’s new chief of cadets at the helm.

The Regional Cadet Support Unit (RCSU-Center), which is responsible for the cadet program in Ontario, welcomed a new commander on Friday, who will assume regional leadership of one of the best youth development programs in Canada. .

Lt.-Col. Shaun O’Leary, a long-time member of the Canadian Forces, who was recently assigned to an adult training role at the Canadian Army Doctrine and Training Center in Kingston, will bring extensive experience to the position, which focuses on the development of leadership, citizenship and community service skills among young Canadians.

â€œI sincerely believe in the Canadian Cadet Organization and am honored to play a role in this organization focused on developing the qualities of citizenship and leadership in youth, promoting a healthy lifestyle and stimulating an interest in the maritime, military and air activities of the Canadian Armed Forces, â€said Lieutenant-Colonel. O’Leary. â€œThese young women and men are our future Canadian leaders.

O’Leary succeeds Lieutenant Colonel. Barry Leonard, who is leaving after two years to take up a diplomatic post at the Canadian Embassy in Washington, DC

Leonard has held the position for the past 15 months of the COVID-19 pandemic, a very difficult time that has seen the region’s approximately 280 corps and squadrons, including nearly 17,000 cadets, successfully transitioning from what is traditionally an in-person program towards an almost entirely virtually one-to-one program.

Due to current COVID-19 restrictions, this change of command ceremony went virtually.

As RCSU-Central has nearly 20,000 members (adults and youth / cadets) spread across the vast province of Ontario, the virtual adaptation also allowed more audience members to attend than during the ‘a traditionally in-person event.

InclusionNado continues its work of equity in Coronado